Michel Schweizer does not have a diploma in molecular biology. Is not trying to be the “Dance whisperer.” Has never studied in Berlin, Paris or New York. Didn’t discover dance when he was 4. Still doesn’t have a savings account. Doesn’t cringe at meeting people. Wasn’t lucky enough to appreciate that “first time.” Wouldn’t know how to consider his activity without profound distrust. Can’t find a better word to describe what this activity gives him than this: luxury. Still hasn’t had the opportunity to make fun of his next investment: a Hugo Boss suit. Nor that of reacting to his paradoxical acclimatization to the outside world. Has still not re-read all of Deleuze. Isn’t pretentious enough to say that he thinks he’s pretentious. Doesn’t work at “feeling the vibration” of his sacrum. Can’t imagine a production without those that generate and authorise it. Hasn’t read “Catherine M’s Sex Life.” Only very rarely flips through Echo or the Tribune to look at ads or job offers. Regrets not having been able to study architecture, ethnology, languages or design. Is taking advantage of the enchantment that his belonging to the “creative class of this country” gives him. Has given up all hedonism and playful egocentrism and accepted the declining exuberance of his mental capacities. Takes 4 grams of Selenium ACE Progress 50 because one’s age should not be taken as a fatality. Tries not to think about the 7000 liters of blood that circulate every day through his heart. Has a certain appetite for experiencing “stuff” he feels capable of doing.

For more than 18 years, he has created and organized provisional communities. He has been devoted to measuring their point of exhaustion. Gives them a script that is as close as possible to real. Plays with the limits and issues of the relationships that art, politics and the economy mayntain. Has a caustic view of the conversion of the individual and language into merchandise. Puts himself in the role of organizer. Surrounds himself with “trendy,” “experienced,” or “loss-making” service providers. Provokes encounters. Invites us to share in an experience, the benefit of which depends solely on our capacity to welcome the Other, to make room for him/her. This being dependent on the ability to cultivate not-having rather than having. 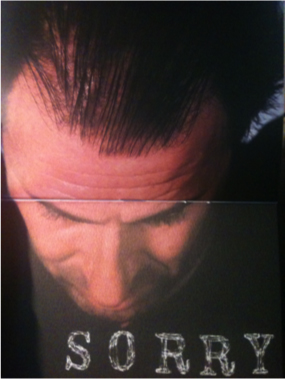